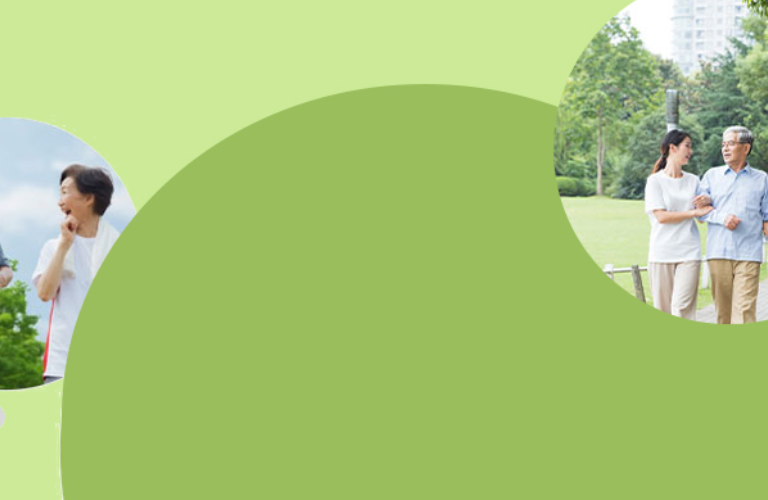 In order to bring its employees into the hearts of Alzheimer's patients and raise their awareness of Alzheimer's disease, Green Valley Pharmaceutical Co., Ltd. joined hands with the Jian Ai Charity to host a film sharing salon on the documentary "Please Remember Me" in the afternoon of July 3rd. The film sharing session was one of the “patient-centered” corporate cultural activities, where Ms. Feng Du, the film producer, and Mr. Tang bin, the founder of the Jian Ai Charity, were invited to share their ideas. We hope that this story of memory, love, and dignity will make it easier for employees to sympathize with the joy, anger, sorrow, and happiness of the elderly with Alzheimer's disease and their families. Green Valley feels that that gaining a deeper understanding of the hidden needs of the elderly suffering from Alzheimer's is vital. 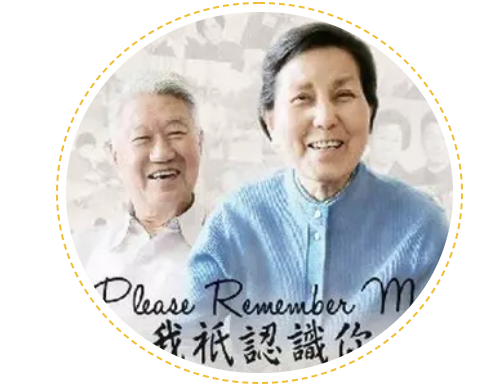 The Documentary "Please Remember Me"

The film "Please Remember Me" has won many international awards. It is the documentary of an elderly couple, Shu Feng and Wei Fang, who have survived hardships and faced multiple challenges involving physiological and psychological issues, as well as familial and social relationship issues in their fight against Alzheimer's disease.

Shu Feng is the film producer's (Feng Du) husband's uncle and Wei Fang is the film producer's husband's uncle's wife. Wei Fang developed Alzheimer's disease later on in life. For over ten years, Shu Feng did everything in his power to care for Wei Fang whose condition worsened day by day. Wei Fang nearly forgot about everyone around her with the exception of her husband, as he had kept her company for nearly half a century. Their support for each other reflects the pure love that is free from the worldly concerns between men and women of past generations.

The predicament they have faced exemplifies the difficulties of tens of millions of families fighting against Alzheimer's disease.

After going through a lifetime of ups and downs, Shu Feng and Wei Fang adopted a calm, optimistic, and dignified attitude towards Alzheimer's disease, which deeply moved the audience. At the end of the film, the audience and invited guests held meaningful discussions on a wide range of issues including the original intention of making the film, latest news on the couple, the care for elderly people with Alzheimer's disease, and its prevention and cure. 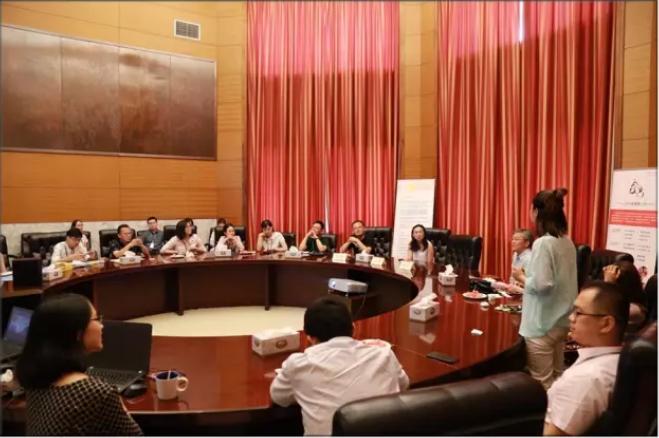 Through in-depth discussions and idea sharing, we not only now reflect more on the care for the elderly with Alzheimer's disease, but we also feel a greater sense of social responsibility to help them overcome the disease. 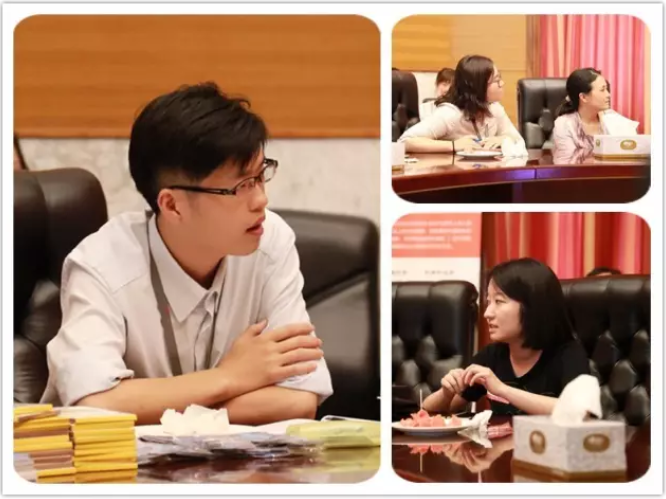 Photo: At the end of the film, the audience took the initiative to raise questions.

Statistics show that, among the over 200 million people above the age of 60 in China, there are currently over 9 million people suffering from Alzheimer's disease. The number of people with Alzheimer's disease is expected to exceed 50 million by 2050. Lack of adequate knowledge about Alzheimer's disease, lack of healthcare security, scarcity of social welfare resources, and a severe shortage of professional nursing facilities and caregivers have greatly affected the quality of life for elderly patients and their families.

The methods involved in taking care of the elderly with Alzheimer's has become a rather common social issue. Questions remain regarding how to enable them to lead a more dignified life. 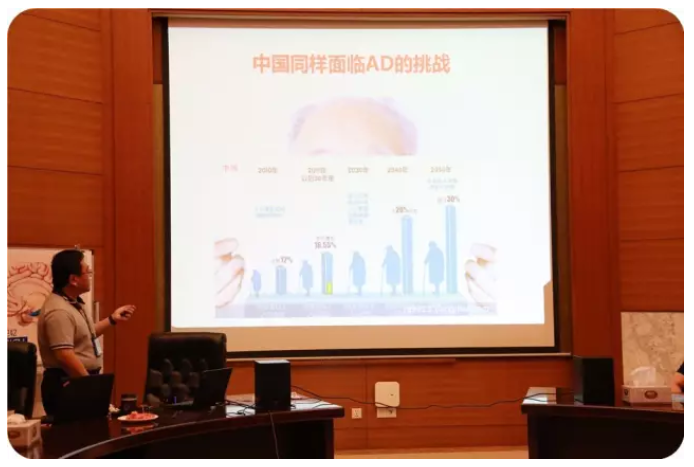 Therefore, in order to raise awareness of Alzheimer's disease and related medical knowledge, Dr. Du Xiaoguang, a scientist at the Green Valley Research Institute, was also invited to the event. He gave a detailed introduction of Alzheimer's disease in its current scope, pathogenesis, prevention, and cure. His analysis from the perspective of pathology was professional and profound, yet easy to understand. When sharing his feelings about the film, Dr. Du got emotional, "We learned about these patients only from books in the past. This film gives us confidence that our ongoing research is very meaningful."

In response to Dr. Du, the film producer, Feng Du, said, "I think both Alzheimer's patients and scientists who study Alzheimer's disease are going through an endless and lonely process. Although research on Alzheimer's disease is fraught with difficulty, even a small step forward can mean a lot to these patients. I hope this film can instill positive energy in us so that we continue to go a step further and accomplish something together." 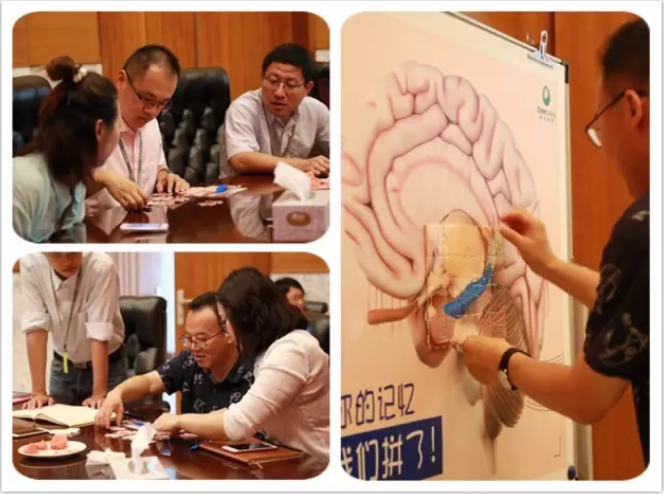 At the event, participants put pieces together to form the shape of a hippocampus, the place where memories fade in Alzheimer's patients. The hope was to increase the understanding of how the elderly with Alzheimer's lose their memories."

In the past, the impact of a film could diminish after the red carpet was walked and the film was played at film festivals. However, this documentary is capable of truly exerting a social impact. Our goal is to take this film where it is really needed. We wish to raise public awareness of the people living with Alzheimer's disease and integrate diversified resources to do more for Alzheimer's patients.

The event sponsor was quite frank about the original intention of organizing this film sharing session, "This film sharing session at Green Valley gives us a precious  opportunity to pass on the positive energy and bring Green Valley employees into the hearts of Alzheimer's patients. This event is about breaking the stereotypes of these patients so that we can pool our wisdom to do more and enable the elderly to spend their later years in security, love, and dignity." 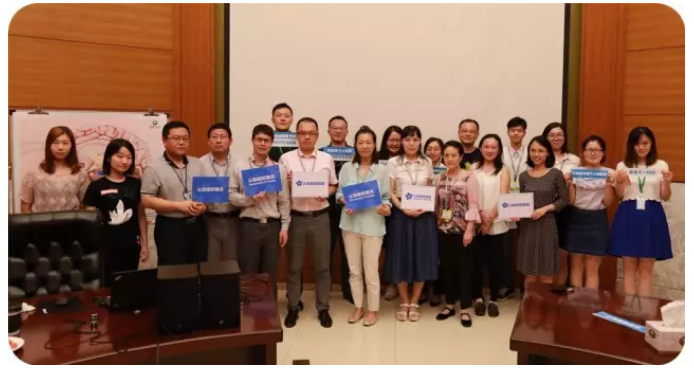 Photo: Event participants held up a banner on dementia in a group photo taken as a memento.

Despite fading memories, the Alzheimer's elderly still have the right to enjoy what a wonderful life has to offer. Green Valley, an innovative biopharmaceutical company, has always adhered to “patient-centered” principles, shouldered social responsibilities, and kept innovating while forging ahead. It is committed to inventing a new way of treating Alzheimer's patients in order to improve both their physical health and mental health. It is with this in mind that the hope of the elderly with Alzheimer's disease may enjoy their remaining years in genuine happiness and dignity!

Previous Page：
Green Valley Volunteers Went to Communities, to Care for the Elderly and Safeguard Their Memories.